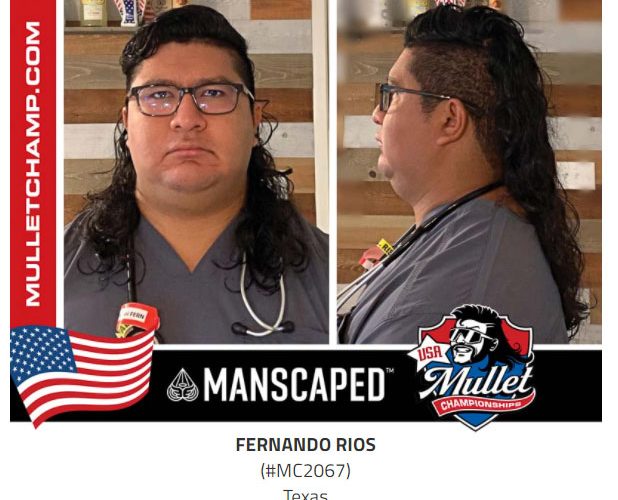 Something very exciting has happened to one of our fellow East Texans! 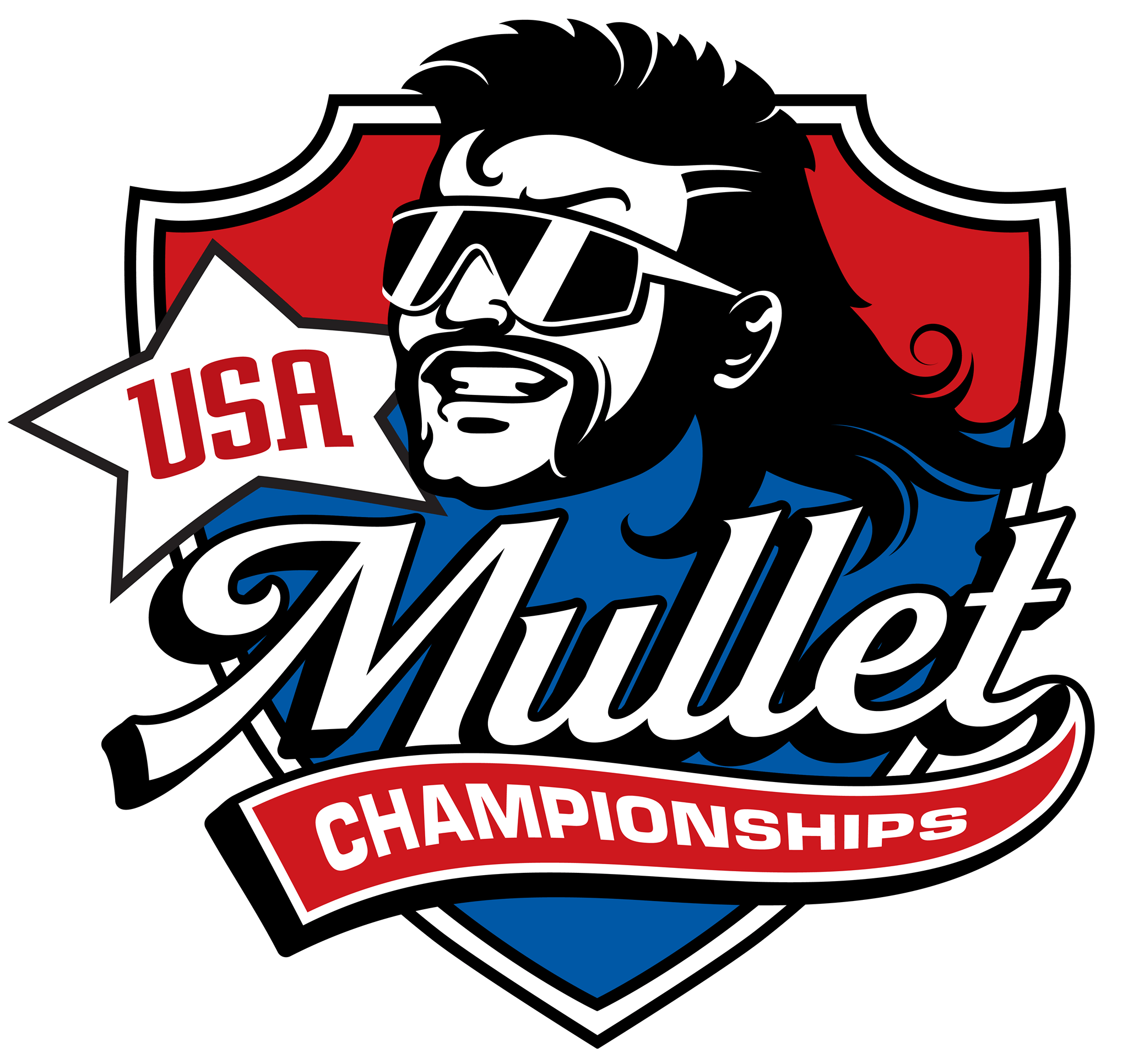 Fernando Rios has advanced to the top 25 of the USA Championship Mullet Contest. Not only did he advance to the top 25, AC Slater (AKA Mario Lopez) himself picked Fernando as his favorite!

Check out the interview with Mario Lopez: https://fb.watch/7t2cgmMCQH/

Fernando and his mullet, The Texas Tailgate, made a guest appearance on Access Hollywood earlier this month.

Fernando has been perfecting The Texas Tailgate for 2 years now, awaiting this glorious moment. He donated all of his hair to Locks of Love prior to beginning his mullet journey. He plans to donate again after he is announced USA Mullet Champ!

Fernando is a graduate of Chapel Hill High School, Tyler Junior College, and The University of Texas at Tyler. He is a registered nurse who currently practices his profession at UT Health Tyler Emergency Department. He has served our community at the only Level 1 Trauma Center in East Texas for more than four years.

The Texas Tailgate (his mullet) brings joy to his coworkers and patients alike. Fernando says “the mullet life chooses you, you don’t choose the mullet life.” On his days away from the ER, he enjoys cruising around in his 1971 C10 pickup, windows down, mullet flowing!

INFORMATION ABOUT THE CONTEST: 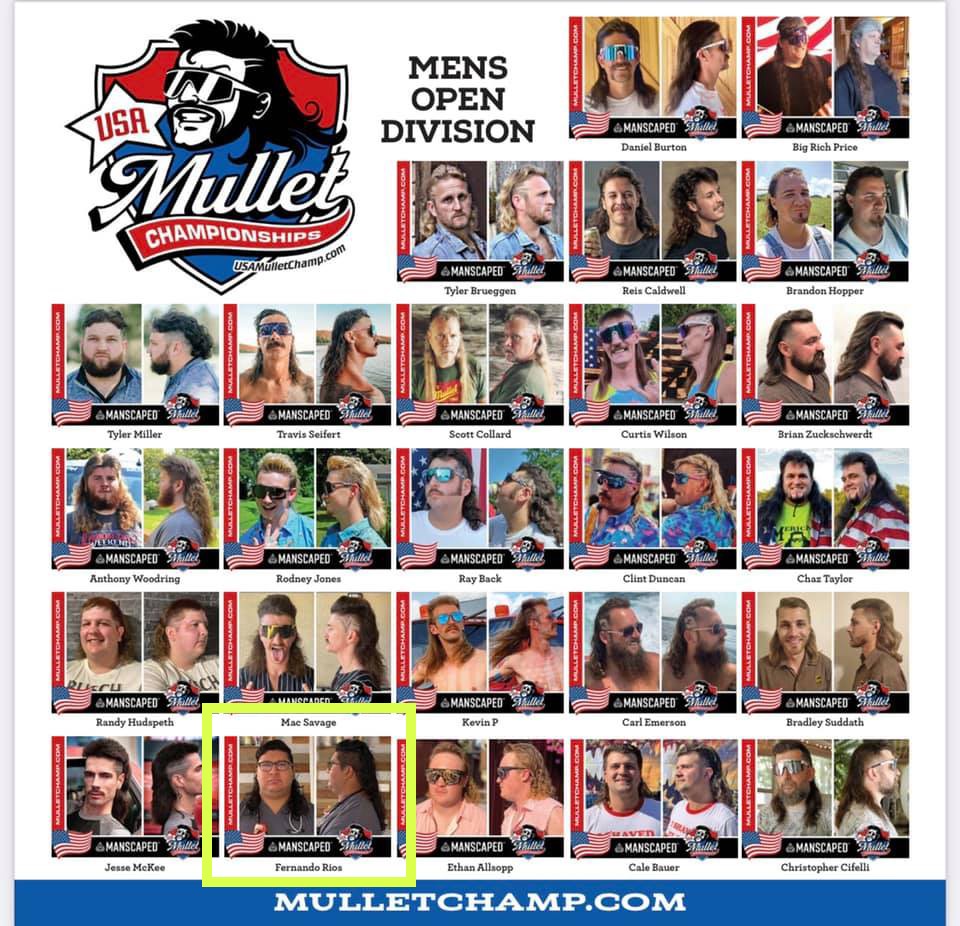 This business-in-the-front, party-in-the-back style has been around way before it was popularized by actors and rock stars in the 1980’s. According to some historians, the mullet has been around since at least Ancient Greece, where the style was as much for function as it was for fashion. Cropped hair around the face with longer locks in the back allowed for both visibility and a protective layer of hair for your neck. Homer even described a haircut that sounds eerily familiar in The Iliad: “their forelocks cropped, hair grown long at the backs.”The Greeks weren’t the only ones sporting the mullet, though. There is evidence that Neanderthals and our oldest ancestors would wear this ‘do, as well.

The relative ease of maintaining it makes it possible to keep up even without the existence of barbershops and hair salons, and the practicality makes it perhaps one of the oldest haircuts in human history.Some Native American tribes, both historically and more recently, have included the mullet with other traditional hairstyles. In many tribes, long hair is representative of a strong cultural identity. It is connected to values of family and community, and there are multiple rituals surrounding the upkeep of long hair. The preferred style for displaying long locks is most commonly braids – often two or three – but cuts closer the Mohawks and mullets have not been uncommon, either.

Mullets have been present in and out through our entire history as a species, in different parts of the world. It wasn’t until the 1970’s when the mullet starting rising to modern mainstream fame, though, reaching its peak in the 80’s when everyone from George Clooney to Metallica’s James Hetfield sported one. It tended to be popular with white dudes who played rock music or hockey, incredibly cool and trendy for a while. The hairstyle didn’t actually have the name “mullet” until 1994, though, when the Beastie Boys released a song called “Mullet Head.” Not long after the name mullet was christened, the hairdo was on its way out.

By the time the Beastie Boys gave the style its name, it had begun to slide from the trendy mainstream position it had been sitting comfortably at to a more countercultural phenomenon.

The peak of mullets ended in the early 1990’s, but the style has never completely faded from relevance. Instead, it slipped from the good graces of the masses and became iconic in various subcultures: everyone from country music stars and lesbians, to hockey players and Native Americans. Jennifer Arnold even created a documentary about the haircut in 2002 titled American Mullet (which you can find on Amazon Prime if you’re curious).

In more recent years, the mullet was actually banned in Iran, for being considered too much of a “western hairstyle”. No matter what you think of it, the mullet has become enough of a staple of the American aesthetic that it’s been placed in that categorization along with spiked hair, ponytails, and long hair in general.

Will the mullet ever rise once more the its former glory in the 80’s? Maybe not, but it has certainly cemented itself as an iconic haircut from the past, and an important style to this day for many groups of people.