Anytime money comes from a place which is thought to be legitimate and it turns out that it has in fact been produced illegally, the person is concluded to have committed the crime of counterfeiting.

Anyone caught passing fake money, even if they are not responsible for making it, will be charged for going against the laws of counterfeiting. This is because the federal government is the one legally responsible for distributing legal tender.

The following irregularities have been reported on counterfeit bills discovered this year:

The fifty, twenty and ten dollar bills are discolored and the cut of the bills is uneven. The same serial number has been duplicated on several bills as well.

“It’s important to know the marks of real cash,” said Mechele Agbayani Mills, President and CEO of BBB Serving Central East Texas. “It is worth taking the extra few seconds to look for irregularities.”

On an authentic bill, there are threads woven in and out of the note. Most counterfeiters try to achieve this look by printing red and blue threads on the surface of the note. If you look closely at their work, you will see that the threads are on the surface.

The security strip runs vertically on the note and can be seen when held up against a light. You won’t find this feature on a counterfeit bill.

Here are some things that businesses should do to protect themselves against counterfeit money:

If you are suspicious:

For more tips on how to be a savvy consumer, go to bbb.org. To report fraudulent activity or unscrupulous business practices, call the BBB at 903-581-5704 or report it via BBB ScamTracker.

About BBB: BBB is a nonprofit, business-supported organization that sets and upholds high standards for fair and honest business behavior. Most BBB services to consumers are free of charge. BBB provides objective advice, free BBB Business Profiles on more than 5.3 million companies, 11,000 charity reviews, dispute resolution services, alerts and educational information on topics affecting marketplace trust. Visit bbb.org for more information. There are over 100 local, independent BBBs across the United States, Canada and Mexico, including BBB Serving Central East Texas, which was founded in 1985 and serves 19 counties. Don’t Cash That Check: An Inside Look Into Fake Check Scams 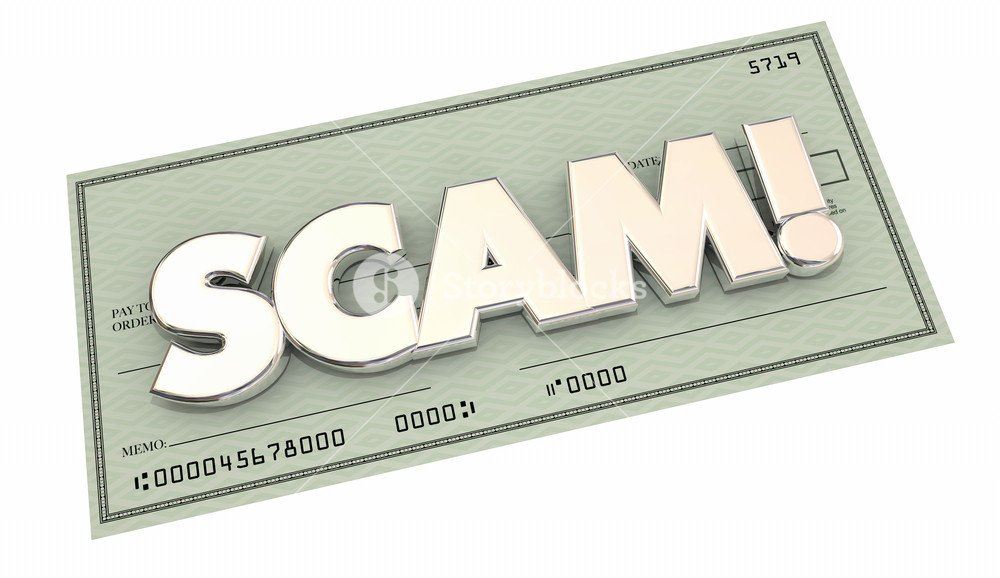 An in-depth study by Better Business Bureau finds that, while consumers may write fewer checks in this era of electronic financial transactions, fake check scams are on the rise. Fake checks are used in a variety of frauds, from employment scams to prize and sweepstakes fraud. In all cases, victims deposit the check and send money back to scammers. BBB warns consumers to be on guard against these serious and pervasive frauds and their perpetrators.

The investigative study– “Don’t Cash That Check: Better Business Bureau Study Shows How Fake Check Scams Bait Consumers” — looks at how fake checks dupe consumers. It digs into the scope of the problem, who is behind it, and the need for law enforcement and consumer education to address the issue. Read the complete report here.

Federal banking rules require that when someone deposits a check into an account, the bank must make the funds available right away – within a day or two. Even when a check is credited to an account, it does not mean the check is good. A week or so later, if the check bounces, the bank will want the money back. Consumers, not the fraudsters, will be on the hook for the funds.

“Young people especially need to understand fake check scams in order to protect themselves,” said Mechele Mills, President and CEO of BBB serving Central East Texas. “Fake check scammers rely on misunderstandings about checking in order to trap their victims. Consumers should remember that banks credit consumer accounts before verifying that checks are valid, and should make sure to do their homework with the check’s issuer before accepting it.”

Fake check fraud is a huge problem, with complaints to regulatory agencies and consumer watchdog groups doubling over the last three years.

Fraud employing fake checks is rapidly growing and costing billions of dollars. Fake checks were involved in 7 percent of all complaints filed with BBB’s Scam Tracker. The number of complaints received by the Federal Trade Commission’s Consumer Sentinel database and the Internet Fraud Complaint Center more than doubled between 2014 and 2017.

Based on complaint data trends, the study suggests that there may be over 500,000 victims of counterfeit checks in 2017.

The study found the fraud affects victims of all ages and income levels, but consumers between 20-29 reported being victimized by the scam more than consumers of any other age range.

One St. Louis college student lost hundreds of dollars in a mystery shopper scam using a fake check. After responding to a very professional-looking online job listing for a mystery shopper, he was sent a cashier’s check for almost $2,000. Per instructions, he deposited the check, “mystery shopped” several businesses, and sent $885 to two addresses. His bank informed him later that the $2,000 check was not valid, and he would have to repay the $885 he sent. Although he was able to set up a payment plan to repay it, the loss has been difficult for the local student.

The National Consumers League, which also receives complaints from fraud victims at fraud.org, found that fake checks complaints in 2017 were up 12% and was the second most common type of complaint over all, after online order issues.

Nigerian gangs appear to be behind most of this fraud, often using romance fraud victims and other “money mules” to receive money from victims. Many fake checks and money orders are shipped to the U.S. from Nigeria.

What to do if you have deposited a fake check into your account:

Read these tips to avoid becoming a scam victim.

Keep an Eye Out: School “Fundraisers” That Will Drain Your Funds 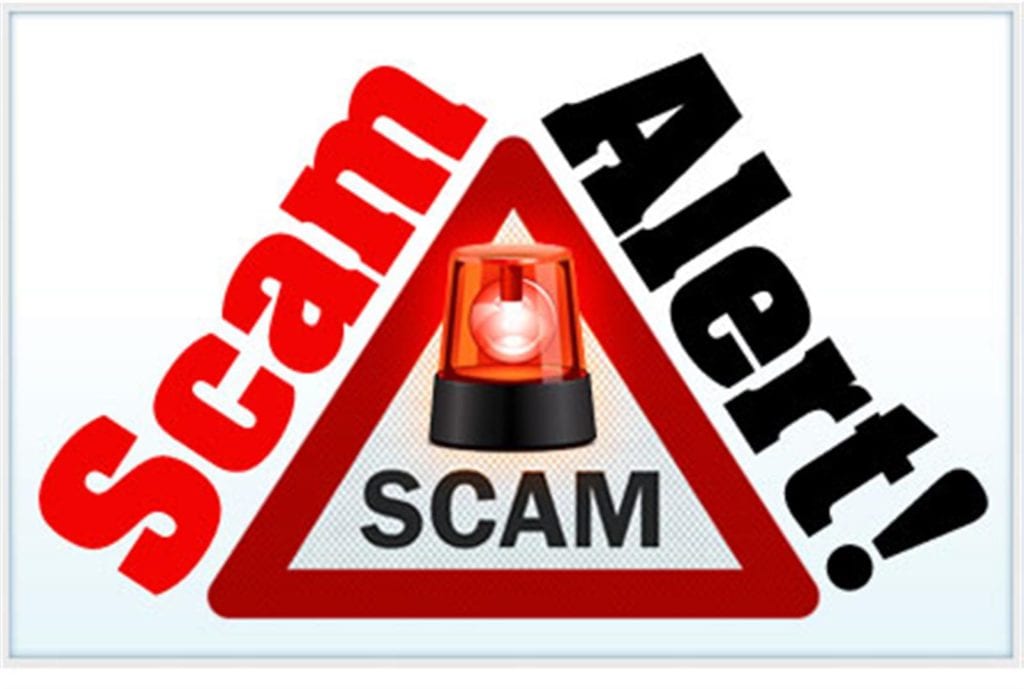 Be on the Lookout for Youth Donation Scams

With the school year just underway for East Texas schools, scammers will stand outside supermarkets or other neighborhood stores asking for donations to help the local football team, band, or other cause. They may even knock on doors in your neighborhood. Most often, these fundraising efforts are legitimate and go towards a worthwhile cause, but in some cases, they are merely a way to rip-off charitable citizens.

“It’s important not to fall prey to an emotional appeal before donating to any charitable cause without first doing your homework”, said Mechele Agbayani Mills, President and CEO of BBB Serving Central East Texas. “With a simple phone call to the school, or by going to the district’s website you should be able to verify the legitimacy of a ‘school fundraiser’.”

BBB provides the following donation tips in mind the next time you consider giving to any charity or cause:

For more tips on how to be a savvy consumer, go to bbb.org. To report a fraudulent activity or unscrupulous business practices, please call the BBB Hotline: (903)581-8373 or use BBB Scam Tracker.

For more than 100 years, the Better Business Bureau has been helping people find businesses, brands and charities they can trust. In 2017, people turned to BBB more than 160 million times for BBB Business Profiles on more than 5.2 million businesses and Charity Reports on 11,000 charities, all available for free at bbb.org. There are local, independent BBBs across the United States, Canada and Mexico, including BBB Serving Central East Texas, which was founded in 1985 and serves 19 counties.

How You (A Student) Can Save More Money, Cha-Ching 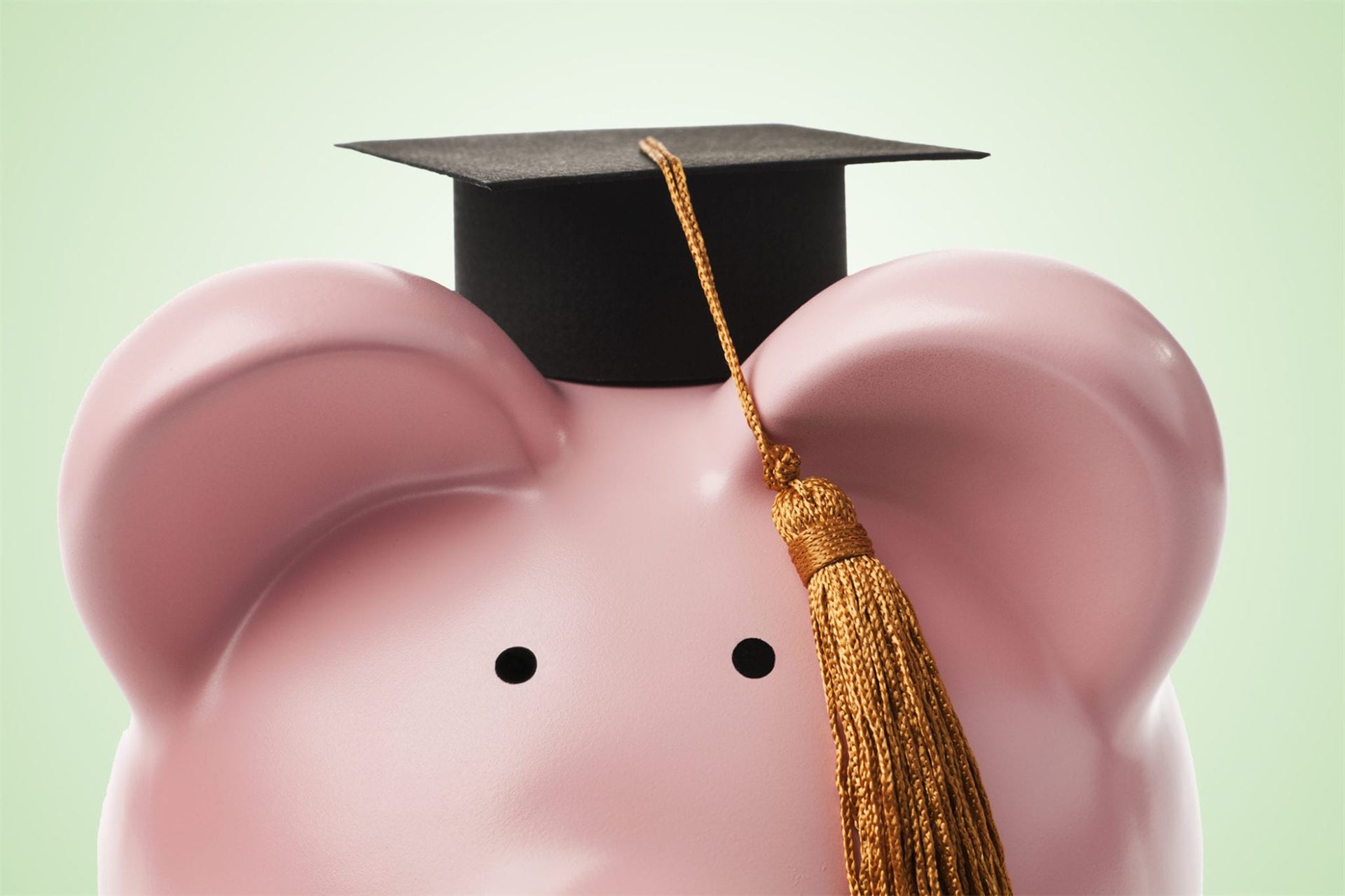 As first year college students go through a lot of growing pains as they face new challenges and opportunities. From figuring out which major to choose, learning how to juggle work and school and just living on your own for the first time, scam artists lie in wait hoping they students make a mistake. BBB reminds first year students to make wise life choices by making educated decisions.

“First year college students are exposed to all kinds of new possibilities”, said Mechele Agbayani Mills, president and CEO of BBB serving Central East Texas. “Unfortunately, this also makes them vulnerable to scam artists who make attempts to take advantage of their lack of life experiences.”

BBB sheds some light on the following scams which target those attending college:

Accommodation scams. Rental owners are supposedly governed by strict controls over the conditions in which they maintain their properties, however, there are unscrupulous landlords that don’t play by the rules. You want to make sure you actually go to the property before putting any money down and make sure you’re getting what you expect.

Then, there are also non-existent rentals. They take your down payment, and when you arrive, the person you gave the money to doesn’t even own the property, or the property doesn’t exist. Before providing any form of payment, visit the property and research the property management company by going to bbb.org.

Finding a place to work. If the job you’re looking at involves door to door selling, like selling magazines, cleaning supplies, handyman work, or even raising money for charity, you want to make sure you check the company out before you begin working for them, because in some cases, the product doesn’t exist, or the charity is bogus, or the handyman really doesn’t do the work you’re selling, which means you’re not likely going to get paid.


Steer clear from any job that sends you a check to deposit, then wants you to wire funds or put funds to a prepaid card. The problem is, the check is fake or it might be a forged check from an actual bank account (but not from the company on the check), and you could be charged with money laundering if you cash it.


Paying for school. Be on the lookout for phony scholarships and grants who are just trying to get your account information to wipe it out, not to deposit money for school as they claim.

Paying for anything. Some identity thieves set up fake credit card application booths luring students to give away very personal information in exchange for a t shirt or an umbrella or something like that. It’s basically an easy way to steal information. If you want to get a credit card, go to the bank and apply for one.

Be safe on Wi-Fi hotspots. Using Wi-Fi on an unsecured network puts you at risk for identity theft. A lot of students use public places to study, and you want to make sure you use encryption soft ware and password protection to block identity thieves when doing homework in these Wi-Fi hotspots and don’t log onto your bank account or other sites that contain personal information.

For more tips on how to be a savvy consumer, go to bbb.org. To report fraudulent activity or unscrupulous business practices, please call the BBB Hotline: (903)581-8373 or use BBB Scam Tracker.