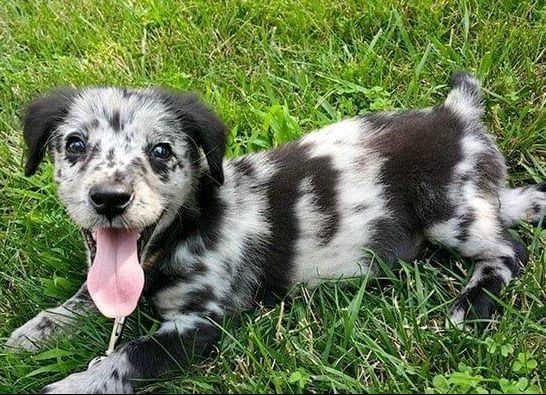 Online Puppy Scams on the Rise

The COVID-19 pandemic has dramatically increased the demand for pets as people seek to add a pet to the family to ease the loneliness and tension of prolonged time at home. Many feel that they now have more time to train a puppy. With this rising demand has come to a spike in pet scams, in which an online search ends with a would-be pet owner paying hundreds of dollars or more to purchase a pet that ultimately doesn’t exist. Better Business Bureau (BBB) advises extreme caution when shopping for a pet online, especially in light of scammers’ evolving tactics.

Soon after cities and states began to impose tighter restrictions to curb the spread of COVID-19, BBB Scam Tracker saw a spike in pet fraud reports, with nearly 4,000 reports received in 2020 from the U.S. and Canada. Data from BBB Scam Tracker shows more reports about fraudulent pet websites in April than in the first three months of the year combined. The COVID bump is continuing into the holiday season with consumers reporting 337 complaints to BBB about puppy scams in November 2020, a dramatic increase from 77 for the same month in 2019.

The median loss reported to Scam Tracker in 2020 is $750. Those aged 35 to 55 accounted for half of BBB reports in 2020. Law enforcement and consumer advocates now say a person searching online for a new pet is extremely likely to encounter a scam listing or website.

The pandemic has given scammers a new tool in their arsenal. Scam Tracker reports show that many fraudsters are telling would-be pet owners they cannot meet the animals before sending money. Petscams.com, which tracks and exposes these scams, recommends using another tool popularized by COVID-19 — video conferencing — to meet the animal and owner virtually before buying as a way of reducing scam vulnerability.

“COVID-19 has made for a long and uncertain year, and a ‘quarantine puppy’ or other pet has proven to be a comfort for many people, but it also has created fertile ground for fraudsters,” Mechele Mills, President and CEO of BBB Serving Central East Texas said. “People currently shopping for pets online are prime targets for fraudsters trolling the internet looking for want-to-be pet owners. Knowing the red flags associated with this scam can help consumers avoid heartache and losing their money.”

At the current pace, pet scams reported to BBB will be nearly five times as many as in 2017, when BBB published its first in-depth investigative study on pet scams. The projected dollar loss from these scams is expected to top $3 million, more than six times the total losses reported in 2017. According to the Canadian Antifraud Centre (CAFC), complaints about pet frauds reported to them have also increased by a third since 2017.

With the increase in scam activity has come an evolution in tactics. Scam Tracker data indicates that mobile payment apps like Zelle and CashApp are often used now, whereas Western Union or MoneyGram wire transfers were popular payment methods documented in the 2017 study. Both Zelle and CashApp have issued warnings about pet scams. In addition, pet scammers now commonly use online advertising tools such as sponsored links to boost their fraudulent listings in search results.

A Wichita, Kansas, man reported to BBB in April 2020 that he used Zelle to pay $940 for a French bulldog puppy from scammers who used a bogus, but legitimate-looking, website to handle shipping for the puppy that never arrived.

The 2017 BBB study noted that most scammers are unable to process credit cards. Although that remains the case, some pet scammers now use fraudulent online forms to collect credit card information. Since the scammers do not have legitimate arrangements to process credit cards, victims may receive an error message stating that the card was declined. Scammers then direct the buyer to send money a different way. But now the scammers have stolen the credit card number, and use these stolen cards to pay for domain names of websites and otherwise fund their scam activities. Pet buyers using a credit card need to monitor their credit card statements carefully.

In addition to telling buyers they cannot meet a pet before paying because of the pandemic, fraudsters have made COVID-19-related money requests for items such as special climate-controlled crates, insurance, and a (non-existent) COVID-19 vaccine, according to Scam Tracker reports. There also were instances where purchasers wanted to pick up the pet but were told that wasn’t possible due to COVID-19 restrictions.

In July 2020, a Fairfield, California, woman told BBB she had attempted to purchase a Yorkshire terrier puppy from an online seller who would accept payment only via mobile apps or gift cards. As instructed, she initially paid $600 for the puppy by purchasing a pair of $300 Vanilla cards and sending photos of the front and back to the seller. Two days later, she was asked to use the same method to pay another $750 for “reimbursable pet insurance.” When she was asked the next day to similarly pay $850 for a “regulated crate,” she told the seller she had exhausted her funds and no longer wanted to proceed with the purchase. The woman told BBB the seller promised to refund her by gift card, but did not and never contacted her again.

In August 2020, a Seneca, Illinois man reported to BBB that he believed the dachshund puppy he paid $700 for through Zelle was on its way to him when scammers asked for more money to be wired for a special climate-controlled crate. The wire request raised a red flag for the man, but he said he mistakenly believed the Zelle payment was protected. The fraudulent sellers cut off communication with him, and he lost the $700.

While puppies remain the most common bait in a pet scam, 12% of pet scam complaints to BBB were about kittens or cats. Federal Trade Commission (FTC) data shows that scams involving kittens have more than doubled since 2017. The FTC also received 185 reports of parrots being ordered but not delivered during the first half of 2020. Fraudulent listings for Yorkshire terriers and French bulldogs are particularly pervasive, according to Scam Tracker reports.

A Centralia, Illinois, woman told BBB in April 2020 that she paid $750 for a corgi puppy she found online as a surprise for her husband’s birthday. She said the Texas-based seller sent her pictures and a video of the puppy, but after she sent the money via Zelle, the seller stopped responding to her contact attempts. The woman subsequently learned the seller was using another person’s photos to promise the puppy to multiple buyers, with a similar outcome in each case.

“It’s so sad that such rude and dishonest people are out there taking advantage of innocent, trusting people,” the woman told BBB.

A Coppell, Texas, woman shared a similar story with BBB in May 2020, paying $1,050 via Zelle for an English bulldog that never arrived. She said the seller-provided photos, paperwork, and a profile of the dog, as well as a purported shipment tracking information from a site that turned out to be fraudulent.

There have been a few law enforcement actions against pet scammers since BBB’s previous study was issued in 2017. In the U.S., a man was arrested in Minnesota for pet fraud in December 2019. In Canada, a woman was arrested for puppy fraud in Waterloo, Ontario in September 2020, and a Newfoundland woman was recently sentenced to 33 months in prison for this fraud.

Who to contact if you are the victim of a pet scam:

About BBB
BBB is a nonprofit, business-supported organization that sets and upholds high standards for fair and honest business behavior. BBB services to consumers are free. BBB provides objective advice, BBB Business Profiles on more than 5.3 million companies, 11,000 charity reviews, dispute resolution services, alerts and educational information on topics affecting marketplace trust. Visit bbb.org for more information. There are over 100 local, independent BBBs across the United States, Canada, and Mexico, including BBB Serving Central East Texas, which was founded in 1985.

Previous Post Watch Out for These End of Year Scams
Next Post BBB Donates $4,000 to the East Texas Food Bank