The problem with community theatre is that there’s just so much drama, and Tyler Civic Theatre’s latest production, “A Little Theatre” is a comedy all about that drama.

“A Little Theatre” is the story of a small community theatre that is more interesting backstage than it is on stage. The company director, Warner DeMille (Nyc Moy), is tired, cranky, and facing the end of his contract. He is also tired of every show featuring the same people, who bring the same problems each time. He is also annoyed that theatre manager Agnes (Robin Haynie) doesn’t do things the way he thinks they should be done, not to mention her perpetual sunny disposition. Still, Warner has a job to do, directing the new play, The Murdered Guitar.

Rounding out his cast of regulars are ambulance chaser Edward Joffrey (Jamey Whitley) and his wife Bobbi Jo (Jinny Jo Harris), veteran actress of housekeeper type roles, Millicent (Lucinda Kintrell), Sheila Ross (Camille Becton), an actress that will try to steal your husband instead of your role, and her ‘passionate everywhere except the stage’ husband, Author (Stan).  There is also manic elementary teacher Susan (Brianna Beard) and her boyfriend Nick (Nathan Deere). Warner tries his best to get through rehearsals without this cast killing each other, or him killing his liver. Hope seemingly arrives when Cindy (Melody McNatt), a drama major from Chicago, shows up at auditions, but when she steals the eye of Nick, things continue to derail for Warner. The story progresses from rehearsals through auditions and finally to opening night, at which time, if they make it out alive, they could consider the production a success.

The play was written by Scott Finley, a veteran of the Civic Theatre stage. This is his first play, which was inspired by his time at Tyler Civic Theatre, however he says that the play is a work of fiction and “any names have been changed to protect the innocent!” Sean Holliday, last seen on the Civic Theatre stage as Mr. Potter in “It’s a Wonderful Life,” assembled a cast filled with comedic talent that brings the laughs from almost every inch of the stage.

Moy is fantastic as Warner, evoking lots of laughter from his perpetual frustration. Haynie is Warner’s polar opposite in optimism as Agnes, and she is truly a joy to watch. Whitley, a veteran of improv troupe Card 53 brings the same energy here that he does to those shows. Watching his character find his voice will leave you in stitches. The same goes for Harris, who goes from over the top to vindictive, but is never not funny. King is great going from a mild mannered to angry type when his wife flirts with another man. He truly shines when he goes into “acting” mode, a dry, deadpan delivery of every line that is just as hysterical as when any of the other characters go crazy.

Becton is fantastic, as is Kittrell. Both deliver performances that anyone would recognize that has been around the same group of creative types, or co-workers, or whatever group you might spend an extended amount around. McNatt is fun to watch as well, going from wide eyed and optimistic, as well as smitten with Nick, to frustrated, as the insanity around her escalates. Beard’s manic energy as Susan is a delight to watch, as well as impressive as she spits out all of her rapid fire dialogue with precision. Finally, Deere is great, going from a character that starts out sympathetic and, by the end of the show, is just pathetic. This is Deere’s debut, and I hope he does more because he has some great comedic chops.

“A Little Theatre” is the type of show that you should probably see twice. Not only is the dialogue funny, but there are times there are visual gags from different areas of the stage, and it’s easy to miss them. It also proves the true talent of this cast because not only do they have to deliver good, believable performances as their real characters, but when they become the characters in the play, they have to act badly, and that’s not an easy feat. If you need a good laugh, then I highly recommend going to see this show. Your face will hurt when you leave.

Previous Post The Elegant Few: Get Out of Your Seats and Move and Grove
Next Post There’s No Such Thing as a Free Lunch! 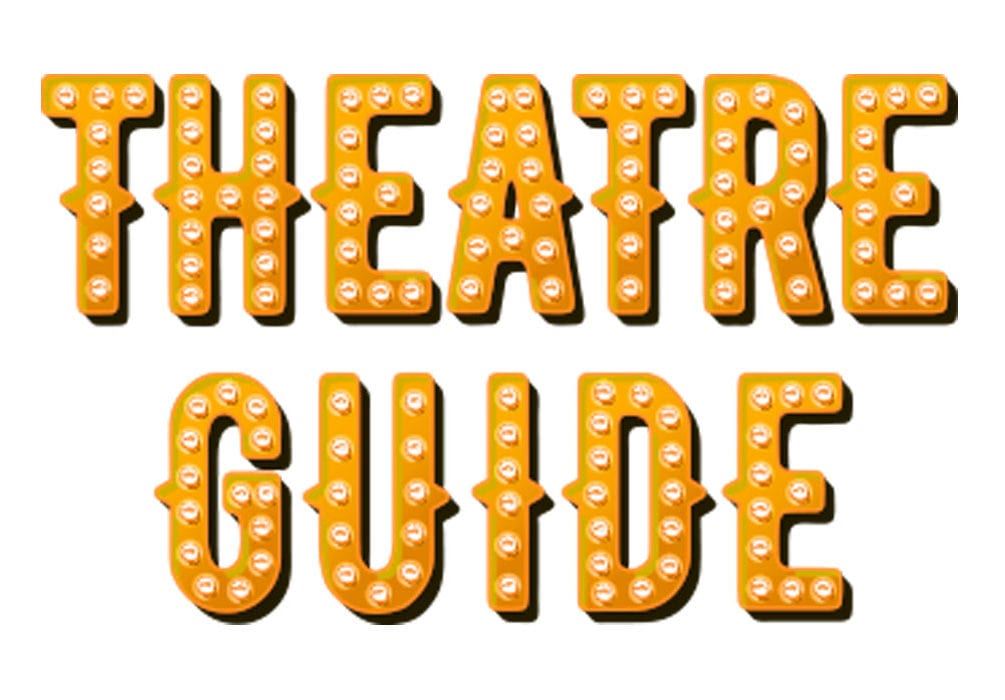 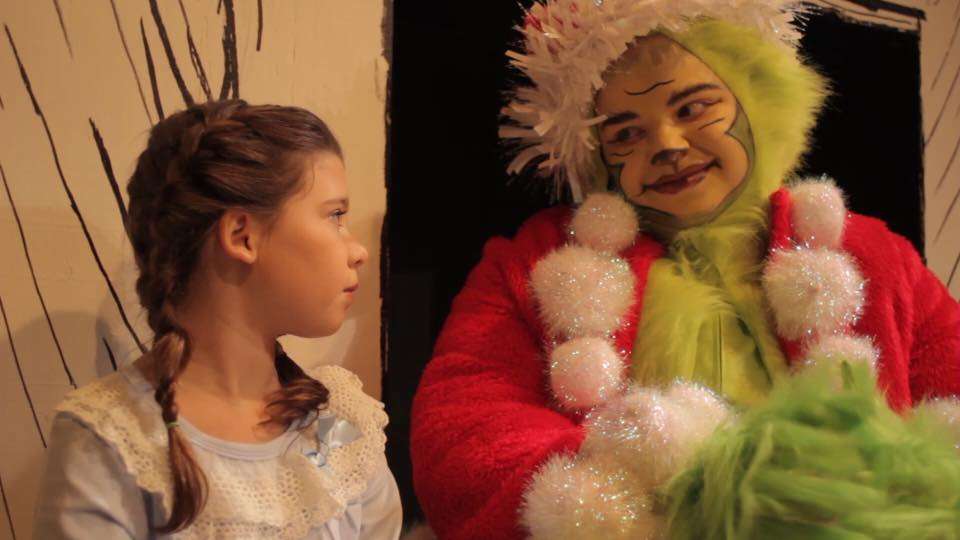 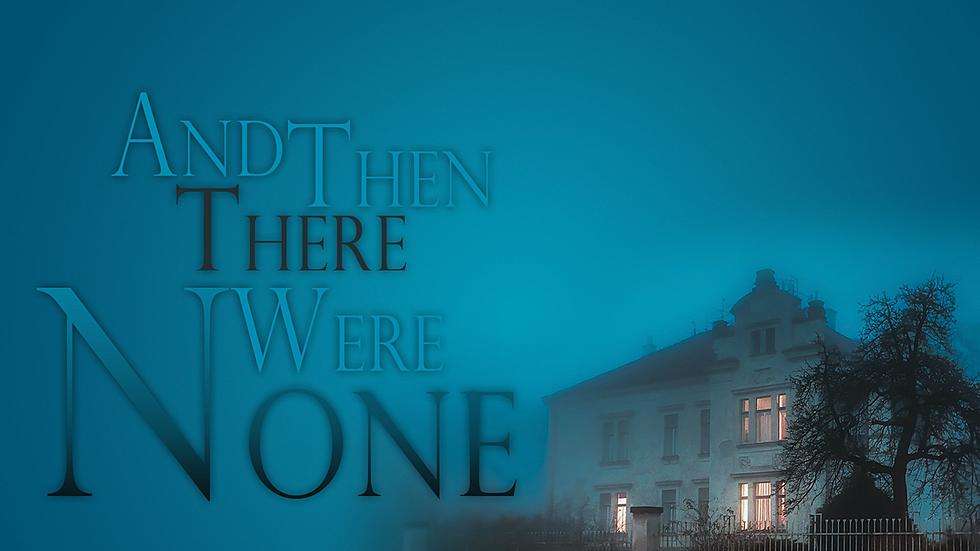 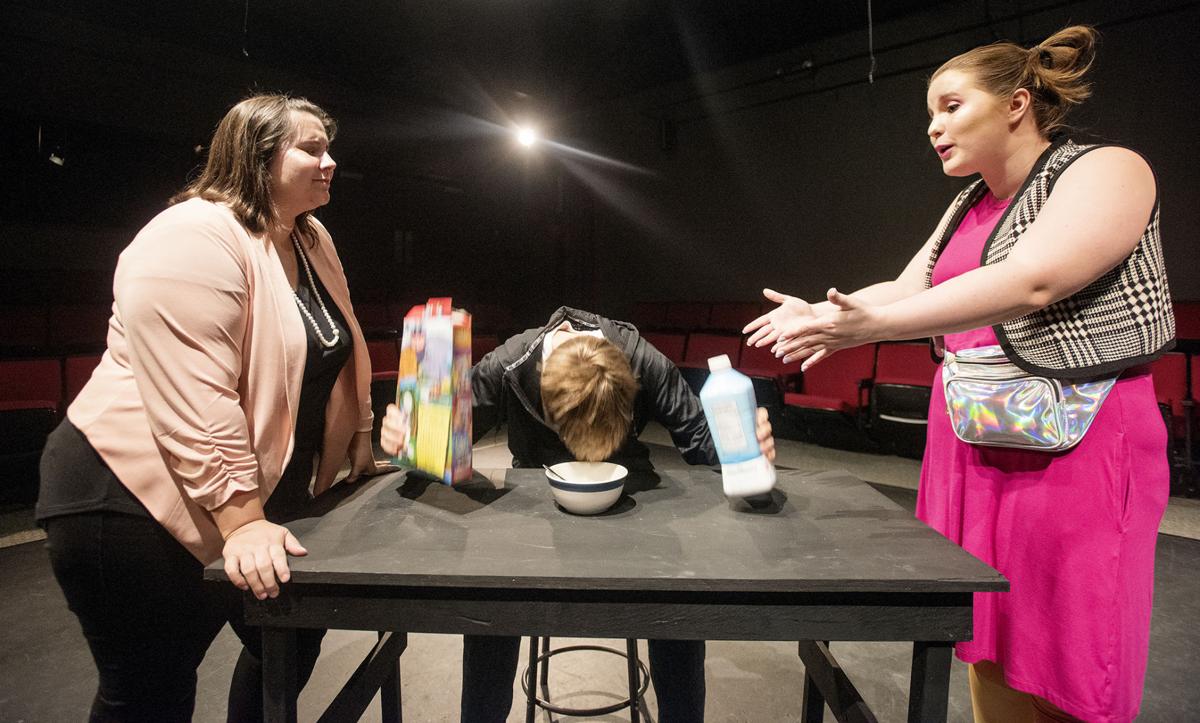 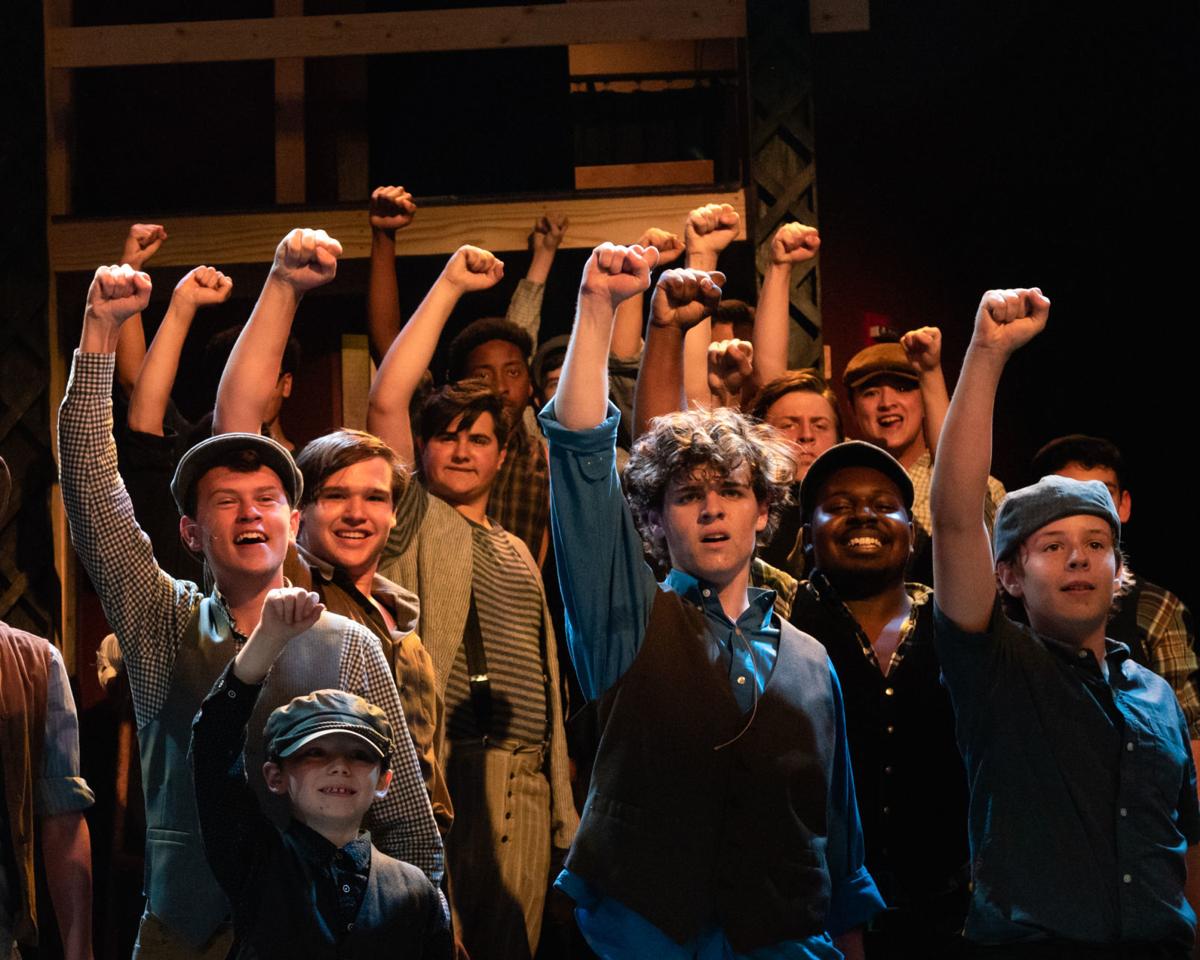 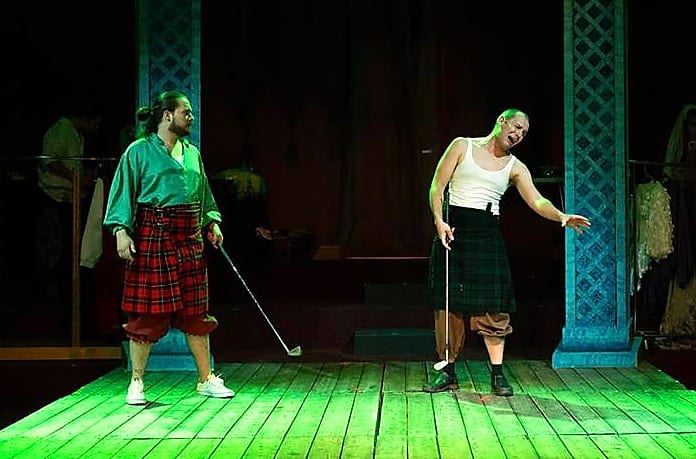 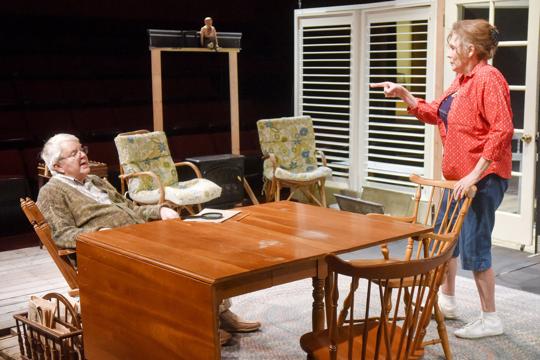 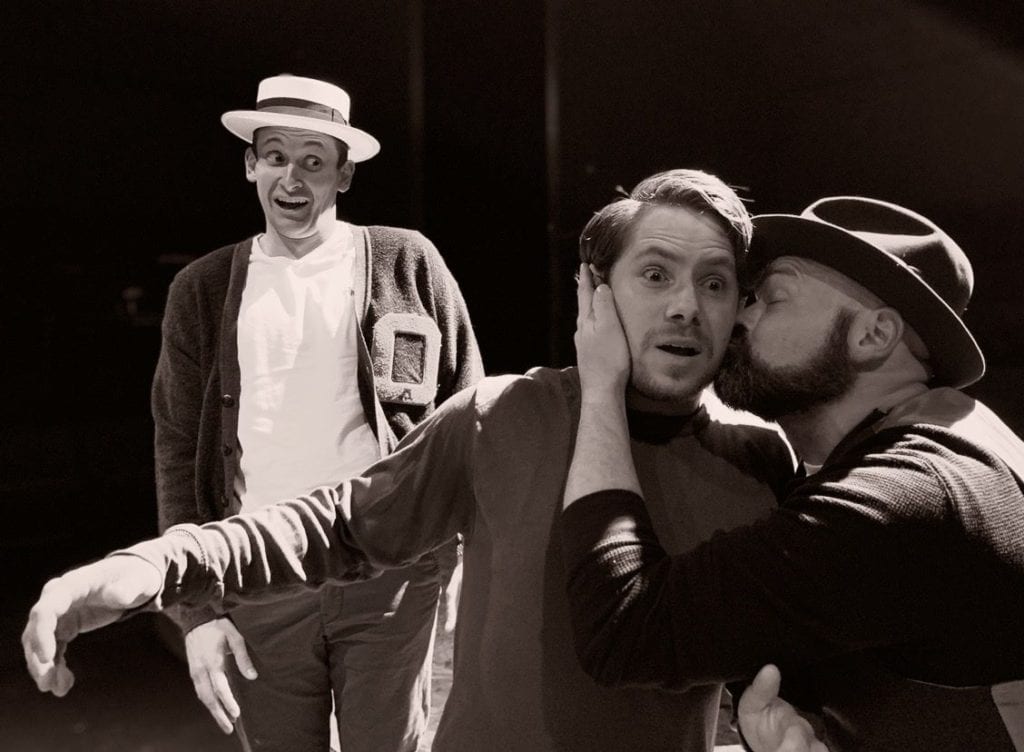 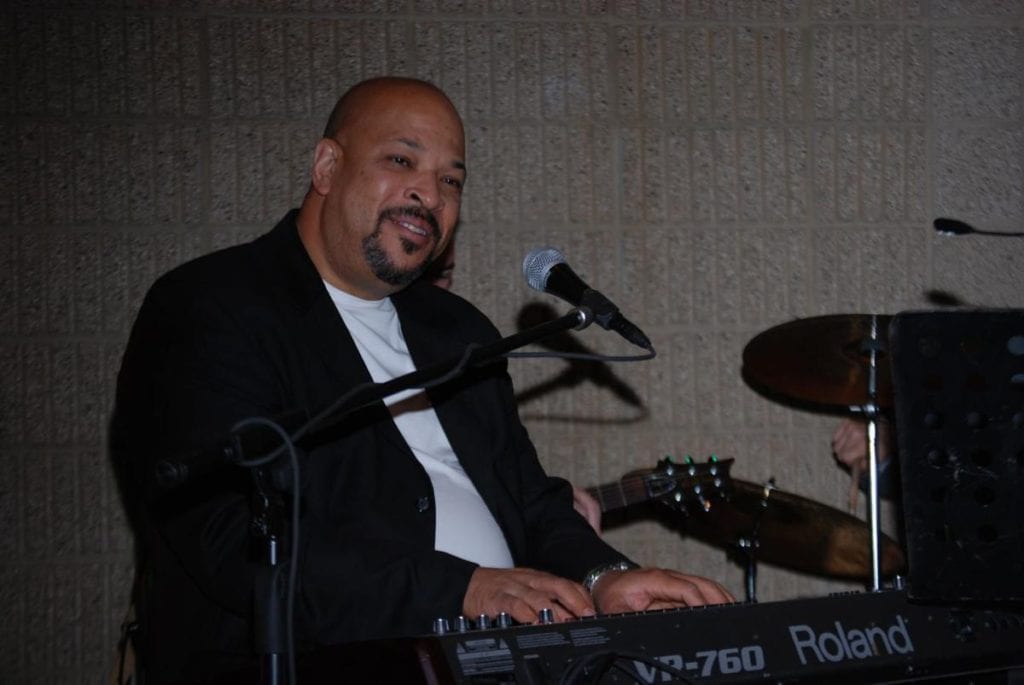