You Say Dumpin’s, I Say Dumplings!

I’m sitting here this afternoon having a George Carlin moment – well, actually it’s lasted longer than a moment.  For those of you who might not know who George Carlin was, in my humble opinion the all-time champ of the oxymoron and euphonisms.  Some of my favorites of his were jumbo shrimp and non-dairy creamer.  So, I’m sitting here, leafing through the Austin, Texas Junior League Cookbook that was published in 1987 by Junior League Publications of Austin, and I’m looking at a lot of the recipes through Carlin eyes.  It’s a lovely 585 page cookbook, with one glaring omission, in my opinion, absolutely no photographs and no color.  It’s nice and neat, but I guess I’d really like to see some finished product.  In its defense, I will say there are a bazillion interesting recipes with plenty of helpful hints scattered throughout.

However, and here’s where the Carlin comes in, some of the recipe names are leaving me wondering “where did that come from?” or “why would you do that?”  For instance, Redeemer Bread, Never Fail Pie Shell (wanna bet?), Raspberry Carrots, Cinnamon Quickies, Fruited Pot Roast, and Celestial Potato Soup.  Then, I’m also left wondering about South of the Border

Lasagna that has a variation that includes chopped pecans and raisins, and instead of lasagna noodles the recipe calls for tortillas.  Why?  This recipe no more resembles lasagna than it does cheese cake, so why not give it a south of the border name?  Also, scattered throughout are several recipes that are classified as “A Collection Classic,” and I’m left wondering what makes it a classic.  This is not to say this is a bad cookbook, I guess this is just the reflection of the mood of someone who isn’t sure if she either didn’t shampoo her hair this morning in the shower or just didn’t rinse out the shampoo!

And, as a person who grew up with light and fluffy egg dumplings in my chicken and _______ , it’s still difficult for me to see a recipe, like the one in this book, that calls for dumplings made from strips of tortillas or even cut up refrigerator biscuits.  So, here’s one of my mom’s best recipes that I do believe we will be having for dinner.  She would boil a whole chicken, skin on, bones in, to make her broth, but I’m going to take the easy way out and use a 14.5 ounce can of chicken broth.  First I’m going to boil 2 boneless, skinless chicken breasts, along with a small, diced onion, a couple diced carrots, a couple diced celery ribs, a tablespoon of dried parsley flakes (or 3 tablespoons minced fresh) in enough water to cover, until done.  After the chicken is cool enough to handle, cut into small bite-size pieces.  Add a can of chicken broth and the chicken back into the reserved water and vegetables and bring to a boil.  Mix together ¾ cup flour and 1 cup water (use a plastic bowl with lid and shake like crazy) and gradually stir into the broth/chicken mix.  Add salt and pepper to taste.  Reduce heat to a simmer.

Now, for the dumpin’s (as a friend of my calls them).  Break 3 eggs into a bowl and add about ¼ cup of water and whisk and stir into the eggs 1 ½ cup flour, 1 teaspoon salt and 2 teaspoons baking powder until well blended.  Dipping a spoon in the broth each time, drop the batter by tablespoons into broth.  Cover and let cook for another 20 minutes, or until the dumpin’s are done.  Then enjoy – we just did! 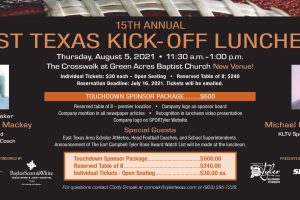 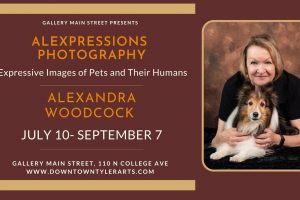