Making a claim as being a part of the only “true blues band in the area,” John Simmons has fronted Tyler-based band Johnny & The Nightcrawlers for 21 years.

The band members, who are in their 60s (Simmons, the youngest, turns 60 on August 29th), have been musicians for more than 40 years. The current members have been together for about six years.

EGuide Magazine recently spoke with Simmons for an interview about the band, its history and future plans.

EGuide: How did you form your connections with your current bandmates?

Simmons: T.J. and I played on and off together since the early ’80s. And then J.C., the drummer, played with us back in the ’90s for a couple of years, and then we had Joe Griffin for quite a few years, and Joe had to go off to do a different project, so we got J.C. back to fill Joe’s place. And then Ken Murray and I were playing in a band backing up songwriter-singer Scott Walker, which is how we met. Scott’s music was more country, Texas country, and we made the connection, Ken and I did, with the blues, and so he started playing bass with the Nightcrawlers. We never actually quit playing with the Nightcrawlers while we were playing with Scott Walker, but we would do both projects.

EGuide: Where did you come up with the name “Nightcrawlers”?

Simmons: Well, Don Elbert actually named the band when we were playing real regularly down at Rick’s on the Square. Rick was asking Don, “Come on, I need a name for this band,” and Don just kind of popped Johnny & The Nightcrawlers off the top of his head. And it stuck.

EGuide: So it didn’t really have anything to do with worms, directly?

EGuide: How did you get your start in music?

Simmons: I had a real early background in music – piano lessons when I was 7, 8, 9. I was in elementary, junior high, high school bands, singing at church, and then I guess in college, I kind of dabbled with the harmonica. I started playing guitar when I was about 19 when I was in Lubbock going to school at Texas Tech. I started playing with some guys in the lobby of the dorm, and that kind of led to playing in some clubs, probably in ’77, ’78, and I’ve been doing it ever since.

EGuide: Are you an East Texas native?

EGuide: What do you guys love about playing in East Texas?

Simmons: I guess, we have lots of friends show up at our shows, and that’s what we like most about playing locally – all of our friends and fans.

EGuide: What would you say makes your band unique?

Simmons: Well, we’re not a rock band that plays a little bit of blues. We’re a pretty true-to-form blues band, and nearly everything we do is by the old black blues artists like T-Bone Walker, Lightnin’ Hopkins and Ike Turner, and just very true-to-form blues. Of course, we rearrange a lot of it to suit our instrumentation and our capabilities. And I’ve had a lot of people say that we look like we’re having fun when we’re playing, and we are. We all enjoy it. It’s pretty rare to have four people in a band that get along real well together. A lot of times, there’s one person that thinks they’re a prima donna, and we’re not like that. We’re all equal, and we share the vocals between Ken and T.J. and myself, and nobody thinks that they’re a star. We play as an ensemble rather than a solo person.

EGuide: So how would you describe your collaboration process?

Simmons: We all bring a little something to the table. One of us will hear a song or will have been thinking about a song, and we’ll just bring it to practice or bring it to a gig one night, and say, “OK, we’re going do this, and here’s how it goes.” And a lot of times, it’s really off the cuff. The person that’s going to sing it has learned it, and he tells us what key it’s in and what the tempo is, and we just, play it. And we can get by with that, because every Wednesday night, we play a Blues Jam, and it’s not like a scheduled performance. We can get by with a little more impromptu, making a mistake or two as we need too in the learning process. It gives us a chance to learn new material without having to meet at somebody’s house and practice a ton. We can learn it on stage at our jam. That part is especially fun for us.

EGuide: So the Blues Jam that you play every Wednesday night, is it just you guys playing together and seeing what comes out of it?

EGuide: Does your band write and play original music, too?

Simmons: Yes, we have a handful of originals that we do. I’ve written several, and T.J. and Ken have both written a few songs that we perform.

EGuide: And what is the typical subject matter in those?

EGuide: Are you married?

Simmons: (He laughs.) Yeah. Although I’ve managed to raise five kids, and they’re all successful. Not a drug addict or slacker in the bunch.

EGuide: That’s positive… What musical artists do you and your band most respect as musicians?

Simmons: Well, I’ve always said if I was stranded on a desert island and I only had one album or one artist to take with me, it’d be Muddy Waters.

EGuide: Why is that?

Simmons: He was the first and probably the greatest of the electric blues artists. When it transferred from acoustic to electric blues, which happened in the late ’40s, he was kind of the pioneer of electric blues. That means playing on electric guitars rather than acoustic guitars, and with bass and drums, and harmonica. He had a harmonica player that played with him his first two years named Little Walter. And Little Walter is probably one of the most respected blues harmonica players that’s ever lived. He was shot and killed in ‘68 at the ripe old age of, I think, 36 or 37.

But practically every blues harmonica player that’s come along since then has tried to emulate his sound. He was the pioneer of the electric blues harmonica, played through an old microphone and a small amplifier to get kind of a horn-like sound. Sometimes it sounds more like a saxophone than a harmonica. In fact, the harmonica has been nicknamed the Mississippi saxophone.

EGuide: Does your band have any albums available or upcoming albums?

Simmons: We have one that we recorded in ’02 with the first band, called “Off the Hook,” and then we did a live album with the current band two years ago at Moore’s Store in Ben Wheeler. It’s a pretty neat little performing arts venue, and we recorded it there, and then Robin Hood Brians mastered and mixed it for us. Robin Hood is kind of an icon in the recording business. What put him on the map is that he recorded ZZ Top’s first album and he’s recorded tons of other famous people. But his studio is right here in Tyler.

EGuide: Where can people get your albums?

Simmons: We sell them at performances and online at CDBaby.com/jnightcrawlers.

Johnny & The Nightcrawlers have a couple of upcoming performances at FRESH by Brookshires on August 8th and September 12th, both 6-9pm.

The band plays a Blues Jam every Wednesday night in Longview at Leon’s Steakhouse Saloon from 8-11pm. 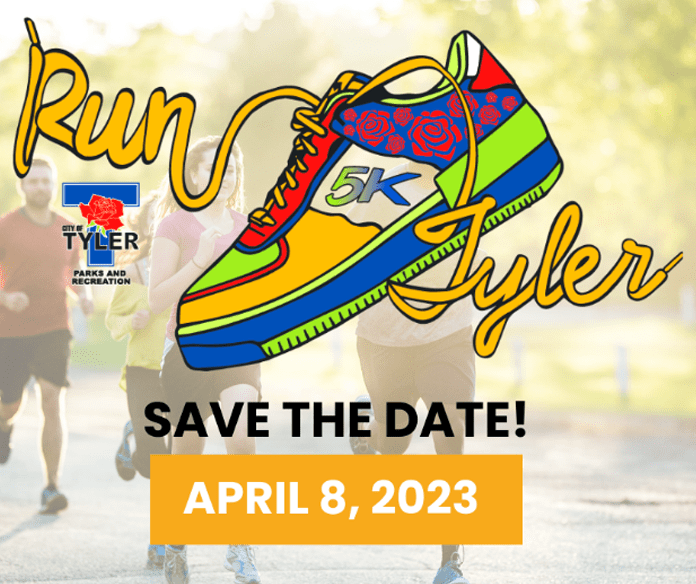