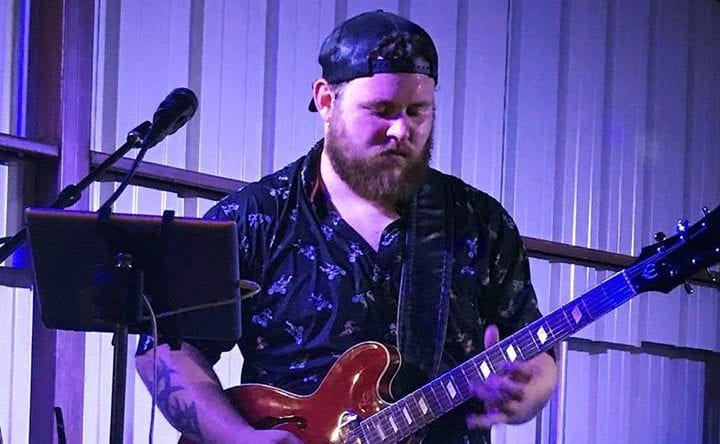 When you think about growing up in Texas, there are a few boxes that typically get checked off along the way: playing sports (most likely football or baseball), hunting, fishing, camping, working hard, and playing hard. I had the pleasure of meeting Colton Mathis, and it didn’t take me long to realize that he checked off all the boxes and then some. As a kid he played football and baseball in school at Crandall, Texas where they had moved from Greenville, via Austin. Also having a love of the outdoors, he remembers hunting trips as a kid where he would spend six hours in the car on the ride down listening to music that would shape his tastes for years to come. Perhaps one of the most Texan things he’s done in his life, though, would be to pick up the guitar and make it an extension of who he is. He uses it as a vehicle to tell stories, make people laugh, make people cry, but most of all, make amazing music.

Currently residing in Forney, Mathis has been performing all over East Texas recently. Luckily we managed to get him to sit still long enough to answer some questions for EGuide.

Johnny: What was the one thing in music that grabbed you early and wouldn’t let go?

Colton: As long as I can remember music has always affected me differently. Around age six or seven I heard Stevie Ray Vaughan and that was it, I was hooked. It hit me deep. I really didn’t understand it then, but it did something to me.

Johnny: Was it always guitar for you, or is that where you landed eventually? Colton: Yeah, I think it was. When I figured out that the sound I was hearing was made by the guitar, I had to have one. I played a little saxophone in middle school, but it never really did it for me. I enjoy playing bass and keys as well, but there’s nothing like the guitar for me. It’s nothing short of medication for my soul.

Johnny: Those hunting trips with your dad and the six hour drives listening to music had to have a major impact on you. Did you pick up any influences from that early exposure?

Colton: Man, I had quite a few, a lot of blues influence as well as classic rock even into classic country. My father had a collection of cassette tapes in a blue cassette case, and that was pretty much my playlist growing up. He was a carpenter and worked on the road quite a bit, and he took me on the road with him as much as he could. I loved going to work with him, the longer the drive the more music he introduced to me. I remember the first time he said, “Hey son, you should listen to this.” It ended up being Stevie Ray Vaughan’s greatest hits and “Taxman” is the first song on the album. From that point every time he would say that, I would listen. From there it was Stevie, B.B. King, Eric Clapton, ZZ Top, and Hendrix; by that time the blues had its grips on me. My dad also loved The Eagles and had just about every album. That’s kinda where the rock thing started in. The first time I heard “Life In The Fast Lane” I was like, “Woah what is this?” Then it went to Skynyrd’s album “Another One From The Road.” It was a live album and man, it sent me into a frenzie! I had just fell in love with the sound of guitar, and now I’m hearing three guitars pretty much soloing all at once! It changed me; that music spiritually changed me. And I really started to get more interested in what all was in that blue cassette case and found one that just said Led Zeppelin across the front of it, but there wasn’t anything in the box. I went to Walmart with my mom one day (back when they still sold cassettes), and scrolling through them I found Led Zeppelin 3. As soon as I got home, I put it in the Walkman, and it blew my fragile little mind! They were hard rock and blues and even folk all in one band. Led Zeppelin is my favorite band, as I got older I got into more modern rock and blues. But these bands were the reason for my love of music.

Johnny: Did you find being a musician in high school to be more of a challenge or an asset?

Colton: Well it never hit me until high school that the girls dig the guitar. It became somewhat of my identity, and I quit all sports to devote all my time to guitar. I was addicted to music by then, I wasn’t able to focus on anything else, including school work. I ended up staying up all night playing and sleeping in class, even when I was awake in school all I thought about was playing. They called it ADD. I eventually found myself leaving public school to be homeschooled where I would sit down for a while and do some work, but mostly played guitar all day.

Johnny: Stylistically it seems you gravitated toward the Texas blues sound of Stevie and Jimmy Vaughn. What drew you to that more than country or rock, which seem to be a bit more prevalent in this area?

Colton: Well the foundation of my music is definitely the blues; it has changed over time, but it always seems to be there. The blues is so much more that a music genre; it’s a feeling, and I’ve felt that feeling for awhile now. Just the emotion of it, a single bend of a string can send chills up my spine. I get goose bumps every time I hear Albert King bend a note way up there or when Stevie hits that long bend, it hits deep. I got more into rock and country music later, but the blues has always had me.

Johnny: When did you figure out this music life was for you?

Colton: I was about 15 or so when I started playing out; me and one my best childhood friends Mackenzie Brooks, his brother Robert and their Uncle Buckwheat, played at the park in Crandall. I think that might of been my first couple of gigs, but was still just jamming around the house at that point. One day my friend Bobby Braswell came over to borrow an amp, and we ended up jamming until we decided to make a band out of it. Around the same time Bobby was working at the cotton gin and met a guy named Chris Cunningham. He suggested we jam with him. So we joined up, and the Chris Cunningham band was the first gigging band I played for. We played Texas red dirt, and at the time, I was just getting into it so it was real cool for me because it was new to me. I loved those days.

Johnny: About how many shows a month are you playing these days?

Colton: I play about 10 shows or more a month, sometimes less, sometimes more. I’d like to be playing everyday, but it’s just not possible at the moment.

Johnny: Are you primarily performing as a solo artist, or are you sitting in with other musicians?

Colton: Yeah, somewhat. I’ve been playing a lot with a good friend of mine Cody Daniel and doing song swaps. I’ve been searching for the right guys to form a band, but you know how hard it is to find the right folks.

Johnny: How would you describe your original music stylistically, and how did that process develop over the years?

Colton: Well my original stuff definitely has the blues in it, but over the years I’ve developed this darker side of country, a more red dirt/Texas sound. It just kinda comes out that way now days. My girlfriend says, “Babe your stuff is kinda depressing,” but I guess I just play what I feel or more or less what I know. It’s difficult to explain how I ended up here; I just did. I do like to write in different styles, though, for every feeling there’s a song that sings to it. But I like that people haven’t been able to label me yet. Maybe one day someone will say, “Yeah, that guy just plays what he feels.” That would be the best way to describe my music to me.

Johnny: What has been your best memory so far in your musical journey?

Colton: Playing main stage House of Blues in Dallas, no doubt. I had a blues band a few years ago called Colton & the 45’s, and it was so awesome, the place was packed. It was probably the biggest gig I’ve ever had. Sitting side stage I was so nervous I was shaking, but when it came my turn it was like I just floated out there. I didn’t sleep the entire night, I was on such a high. I’ll never forget the feeling. I can remember we played a slow blues tune, and somewhere in the middle of the song we brought it real down low. In addition, we advise you to store all your data on a separate, remote server. This also applies to the data of your customers, you must protect it to avoid information leakage. Websites collect a lot of information about users, their names. payment information and so on. If you own financial or casino sites, this is especially true for you. Everyone who comes to you to play online keno or poker must be sure of safety. I hit one of those bends I could feel it in my knees, then I guess it hit the crowd because everyone went crazy at that moment. I didn’t feel like myself; it really didn’t even feel like I was the one playing; it was just happening. After the song I turned to my bassist Mike Pope and was like, “Did you feel that?” He said he thought everyone did.

Johnny: Where can people find you performing over the next couple of months?

Colton: I’ve got gigs all around north East Texas, looking to start moving out towards Dallas and Fort Worth soon. One place I do play regularly is Boondocks out in Seven Points, Texas on Cedar Creek Lake. That’s kinda my home place right now.

Johnny: As the year draws to a close, what is on the horizon for Colton Mathis in 2018 ?

Colton: Right now the plan is to continue to play gigs as much as possible. I’ve got an EP that will drop some time in the beginning of the new year, but really I’m just trying to focus on my original material and play as much as I can.

For more info on Colton Mathis go to facebook.com/cmathis34. 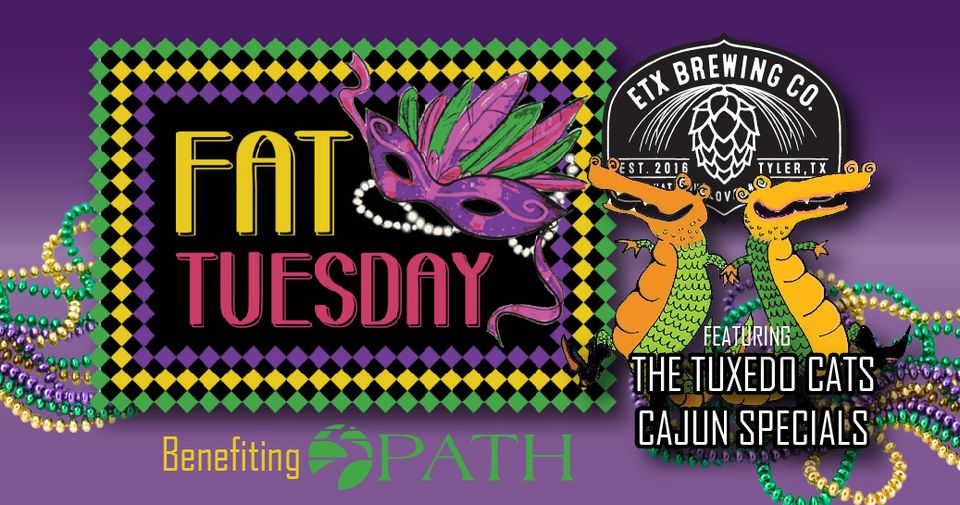