Salvation From Sundown: Being Seen AND Heard

One particular Friday evening last summer, I was at the T-Bone Walker Blues Festival in Longview. My band had played earlier that evening and I was relaxing inside after hearing a couple of the other bands and hanging out with my family. One of the acts I had the chance to listen to brought a young guitarist on stage to jam with them on a song. It is always fun to watch young kids getting their feet wet in front of a crowd, and this kid didn’t seem to be intimidated by the experience. An hour or so later I noticed my son is hanging out with the young guitar player I had just watched. So I walked over and learned that they knew each other from school. As I interacted with the group that was standing around them, a couple of things became apparent: first, they were all musicians, and secondly, confidence in their abilities wasn’t something they were lacking. As I was introduced to the group by one of the other kids, it was pointed out that one of the boys was “one of the most-best drummers you’ll ever hear.”

The guitarist ended up being Reece Malone, and the drummer was J.D. Beck. Later that weekend I watched in amazement as this 11 year old drummer would get on stage with Texas blues legend Lance Lopez and absolutely nail a cover of Led Zepplin’s “The Ocean,” which is not a song for the faint of heart or those lacking the chops to pull it off. I’ve been around good-to-great musicians most of my life, and as such, I’m not easily impressed, nor do I throw around compliments lightly, but I had to laugh as I remembered the earlier assertion that he truly was “one of the most-best drummers you’ll ever hear.” Fast forward a year and that group of young musicians has come together to form the sensational blues rock band “Salvation From Sundown.” The line-up is comprised of Kelsi Kee on vocals, Reece Malone and Spencer singer guitars, Cardis Wilkinson on the bass, and the aforementioned JD Beck on drums. While the oldest member of the band is only 13, I can say, after seeing them live a few times now, that their age is not indicative of their maturity and presence on stage, nor the mastery of their respective instruments. There are few bands that would enjoy having to follow these guys on stage, based on the way they not only capture the audience with the novelty of their age, but also hold them with the skill of their performance. Anyone after them would be almost anti-climactic.

The appeal of this band is not qualified by how old they are for what they are doing. This band is good for any group of five musicians, at ANY age. If you were to walk into the room while they are playing, not looking at the stage, what you’d hear is a tight band that could hold their own with most bands you’d hear on any given weekend. Their musical selections are not lightweight either. From Zepplin, to Stevie Wonder, to Bad Company, and everything in between along with a smattering of originals thrown in, Salvation From Sundown (SFS) isn’t afraid of soaring vocals, complex rhythms, or blistering guitar solos. As it turns out, that first performance I caught with JD Beck sitting in with Lance Lopez was no random pairing. A friend of Reese Malone’s parents, Lance has been involved with the kids from SFS as a mentor and an integral part of their success. All the time, sharing the knowledge and experiences gained from his own journey as a young guitar prodigy himself to Texas blues phenom. In fact, Reece and Spencer had both entered and won the T-Bone Walker Jr. Showcase last summer at the festival and Reece got to play in front of a packed out crowd with Lance that Saturday night. It was the first time that JD, Reece, and Spencer would play together, and it was just a prelude of things to come.

I recently had the pleasure of interviewing SFS and Lance to get to know these guys a little better.

EGuide: How did you all meet?

SFS: We all met through music, mostly through different open jams hosted by Lance Lopez and through social media.

EGuide: When did the idea of forming a band get broached?

SFS: The Malone’s were having a Christmas party and had gotten all of us together to perform and it grew from there. They knew we were all talented individually on our instruments and thought it would be a cool idea for us to get together. After we had played our first song at our first practice with Lance, we were hooked! EGuide: How often do you get to practice as a group?

SFS: Our distance apart makes practice a bit challenging. Spencer, JD, and Kelsi are from the Dallas area, Reece is from Longview, and Cardis is across the border in Louisiana, so we are separated by about 200 miles. We get together a couple times a month usually, but also get in extra rehearsals when we can.

EGuide: How about the name? Don’t I recall that being a Lance Lopez song, and do you ever cover it in a show?

SFS: The name was selected to honor Lance as our mentor and producer. You’re right, it is one of his album and song titles, and we are currently working to add the song to our set list.

EGuide: What has been your biggest challenge early on in trying to get gigs and how have you overcome that?

SFS: Really, our biggest challenge has been the distance between us geographically but our parents have been dedicated to giving us this opportunity so with practice on our part and sacrifice on our family’s parts, we’ve been able to succeed so far. We couldn’t do any of this without their support and the mentorship of Lance.

EGuide: What has been your favorite gig so far? SFS: We’ve enjoyed every opportunity we’ve had, but our favorite gig so far has been getting to play the Dallas International Guitar Festival (DIGF). We were invited by Jimmy Wallace to kick off the Saturday night All Star Jam.
EGuide: That’s a huge annual event and a great opportunity! Outside of getting to perform on stage at the DIGF, what was your favorite part of the event?

SFS: We enjoyed the entire experience, but one of the biggest highlights had to be getting a band endorsement from Ernie Ball.

EGuide: What’s the next big thing for Salvation From Sundown?

SFS: Our next big event is opening for Eric Gales and the Guitar Sanctuary in McKinney, Texas, on June 5th. We’ll have more summer dates to be announced on our Facebook page.

EGuide: Lance (LL), how did you first hear of these incredibly talented musicians, and what were your initial thoughts?

LL: I had worked with Reece as a guitar student for quite some time and am very close friends with his parents. His dad would bring him to my Blues Jams in Dallas once he was at the point to start performing live. JD’s parents also brought him to one of my jams and introduced me to Spencer as well. Once Cardis and Kelsi came into the picture they called me to help them with a rehearsal at JD’s family’s house. I knew immediately that these children were very special, super talented, and very blessed with the gift of music. They had all the makings of a great band if we could properly hone it. EGuide: How did that translate into an opportunity to mentor them?

LL: My dear friend David Malone told me he was bringing all of the kids together to form a band and he reached out to me to help put it together and produce them. Jamie Malone asked me if I could help all of the kids prepare for a set of music for them to perform at a Christmas party the Malone’s were throwing, and my band was already going to be there to play. After that event, more shows started happening and things began to get more serious. We began rehearsing regularly, and I began selecting songs for them. I also spent time assessing the strengths of each one of the kids and how each one of their roles impacted the band as a whole. The best thing about working with them is [that] they all understand that hard work pays off. They have put that hard work into learning their instruments and now they are putting it into their band.

EGuide: How has this opportunity impacted you personally, and has it made you an even better musician?

LL: I’m just glad I’m able to be a positive influence and help the kids be the best they can be. I’m grateful to be a part of their lives, because it helps me to help them. Teaching music or an aspect thereof, whether it be lessons or helping each one of the musicians in SFS individually, always keeps you on your toes and makes you stay on top of your game. EGuide: As a successful musician yourself who has been in the business for decades, how fulfilling is it knowing that you get to impart those years of experience, learning at the school of trial and error, onto a group of young musicians who seem to be willing to soak up every bit of musical knowledge they can get their hands on?

LL: Absolutely! My path to becoming a world-class musician was not an easy one. If there are things I can protect these kids from as far as this business is concerned, you better believe I will. As I said before, it’s about being a positive influence and saving them from mistakes that so many musicians make. I’m so grateful to also work very closely with their parents. It is great to see them have so much support and encouragement. With proper guidance and positive support from friends and families, these kids have a great future ahead!

I’d have to enthusiastically agree with Lance on that assertion. With the prodigious talent, successful work-ethic, and amazing support system in place with their family, and ace-in-the-hole, Lance Lopez, we’ll be seeing AND hearing Salvation From Sundown for many years to come.

Salvation From Sundown on the web: www.facebook.com/salvationfromsundown 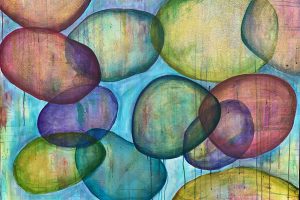 Melinda Tefteller: Inside the Artist’s Studio 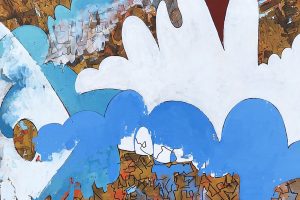 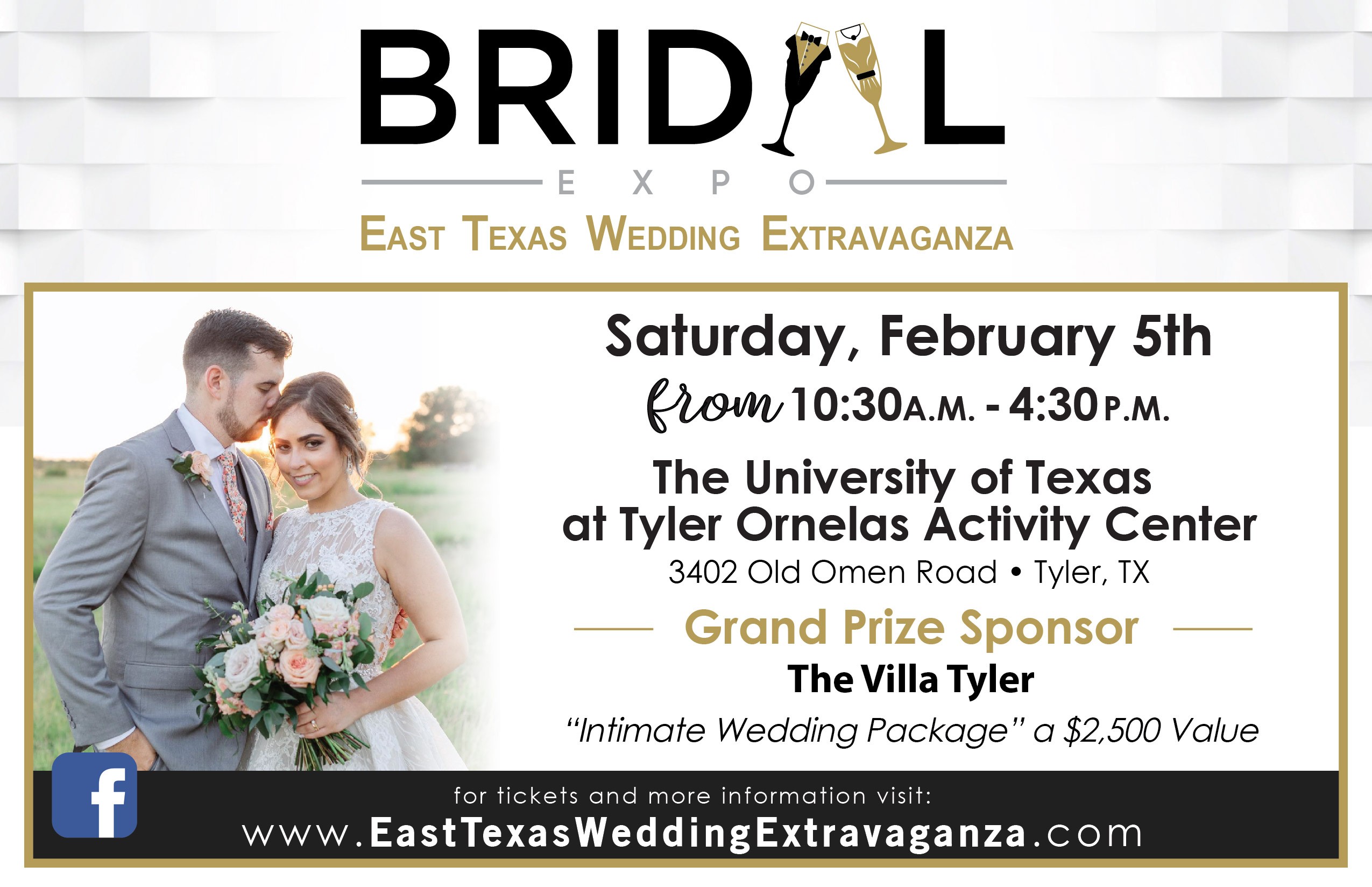